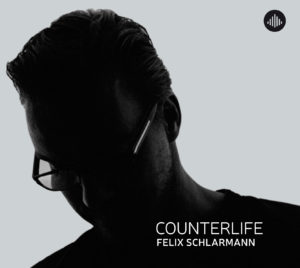 In  2014 Felix Schlarmann released Counterlife, his first album as a leader, on Challenge Records (NL).
Over the years he also focused on being a bandleader and composer next to playing with numerous other projects.
“This versatile drummer’s music consists of fragile melodies and energetic explosions; an emotional sound filled with contradiction.”
Maybe called modern melodic jazz, the listener probably will have to find his own way in order to place the music in between styles. Schlarmann’s writing is influenced not only by jazz, since sound, energy and emotions are the most important parts of it.

The musicians in this group belong to the rising stars of the young Dutch scene: Piano player Franz von Chossy created a name for himself all over Europe and beyond. Saxophone player Lars Dietrich earned his stripes being part of the New York jazz scene, working with many greats  such as John Escreet and David Binney.